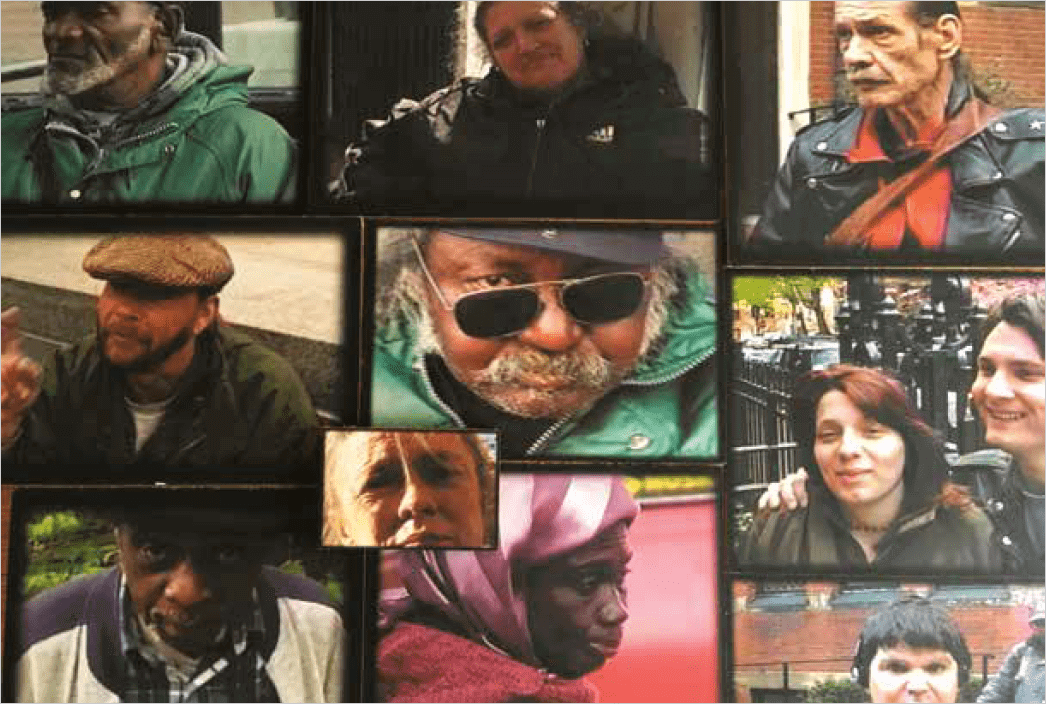 The Hunterdon Art Museum will present her multimedia work regardisregard through September 2.

regardisregard is a dialogue that calls into question contemporary art’s engagement with issues of human suffering and privilege. The work is a result of a collaboration with 33 homeless men and women who were loaned camcorders to film their world for a day. The videotaping occurred in Boston between 2001 and 2004.

“I called the project regardisregard because the heart of the matter is to see, to regard,” Hamill said. “In this case, to see what generally goes unseen, what is disregarded. Thus to regard disregard. Additionally, the title carries the idea of what matters, what we value, what is worthwhile.”

Hamill used video, photography, sound, sculpture, music and live webcam technology for this project. The work includes music composed by Ruth Loman for four soloists and chorus singing words of the homeless excerpted from the tapes.

Hamill’s work on the needs of the poor proceeds from her career in educational reform that led to four national awards. Her seminal Constructs of Frailty project led to a medical mission in remote Vietnam.

Hamill’s art has been exhibited worldwide in Canada, England, France, India, Spain and other countries.

“What I want people to take away is greater awareness, especially more keen and sensitive seeing of the way things really are,” Hamill said.