The Mission & Story of the
Hunterdon Art Museum

Through the arts, we express ourselves, explore ideas, and cultivate critical thinking and problem-solving.

Art has the power to motivate us and turn thinking into doing, fueling innovation and
leading to fresh ideas, scientific breakthroughs, and technological improvements.

Art challenges us to reflect on ourselves and our society as a whole, while helping us think
about new ideas, confront problems, and consider possibilities.

In the midst of tragedy, art helps us heal, and it can also help us celebrate and
commemorate. Art can have a purpose in and of itself; it can inspire, bring joy, or give solace.

The Hunterdon Art Museum engages people with contemporary art, craft, and design in ways that educate, challenge, and inspire.

Hunterdon Art Museum will be an inclusive and essential community resource that fosters transformative experiences and enriches the lives of everyone through contemporary art exhibitions and programming.

The Story of the Stone Mill and the Hunterdon Art Museum

After serving as a grist mill for more than a century, the Dunham-Parry Mill was purchased by a group of local residents with a vision of creating an arts center.

The Hunterdon Art Museum is housed in a stone mill that sits on the Raritan River’s south branch. The original mill built on this site in 1763 supposedly ground wheat for General George Washington’s revolutionary army during its encampment in Morristown. From 1810 to 1828, Ralph Hunt owned this mill and the Red Mill across the river. At that time, the town became known as Hunt’s Mills until it was changed to Clinton in 1828, in honor of former New York Governor DeWitt Clinton, who had recently died.

The most historically significant figure to manage the mill was George M. Taylor. After graduating from military school and spending three years in the U.S. Navy, resigned to return to Clinton Village to go into business. He turned 26 years old when he began running the mill with James R. Dunham. About two years later, the mill burned, and Taylor dropped out of the partnership. Taylor helped recruit and lead the 3rd New Jersey Volunteer Infantry and later led the 1st New Jersey Brigade in the Seven Days battles and at Second Manassas (Bull Run). His brigade stumbled into Stonewall Jackson’s entire corps. Taylor lost a leg in the battle and died from his wounds. Dunham is buried in the Clinton Presbyterian Churchyard.

Nehemiah Dunham built the stone mill in 1836. He managed it for several years before Samuel Parry took over the operation, and the family ran it for a half-century. The building is listed on the National Register of Historic Places as Dunham-Parry’s Mill. Samuel also built the Parry House across Lower Center Street for his family. 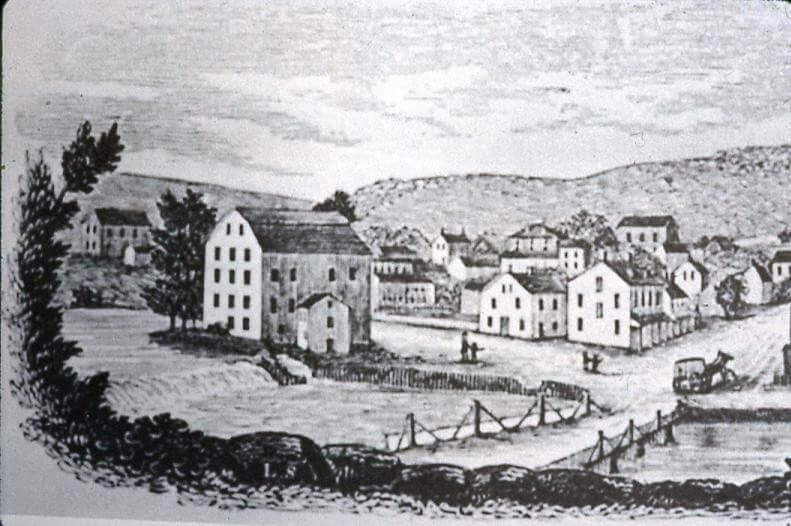 In 1891, fire swept through downtown Clinton, and many businesses were reduced to ashes. The Parry mill was in grave danger of burning after the roof caught fire. In time, firefighters from Phillipsburg, aided by their Centennial steamer, doused the flames to prevent the building from being gutted.

The mill sustained severe damage in an unusual accident in 1905. Crops were abundant that year, and the building was stuffed with grain, so much that all four floors came crashing down like the walls of Jericho. The grain cascaded into the millrace as frantic citizens dragged the town fire engine to the mill to pump out the wheat before it all washed downstream. Four men working in the building at the time were not injured. The floors were later rebuilt and made stronger than ever. 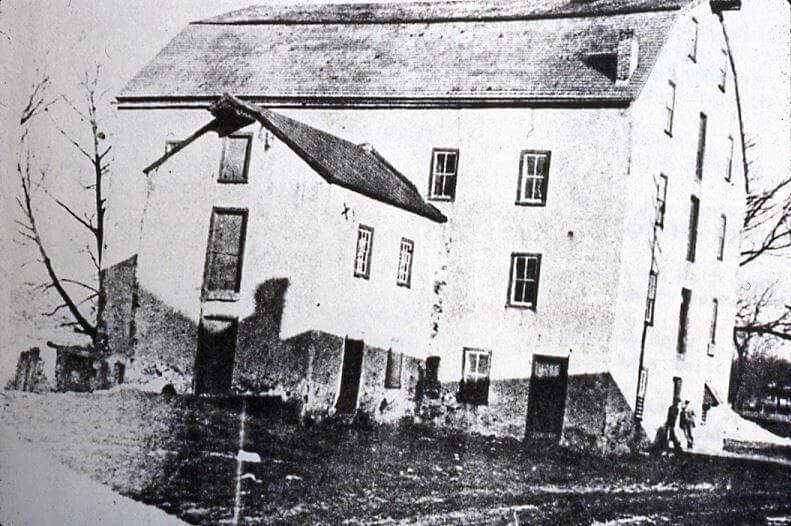 A Mill Becomes an Art Museum

Joseph Kreidel had run the mill for much of the 20th century and was well into his 80s when he decided to get out of the business. There was talk briefly of converting the mill into a pencil factory. James Marsh learned the mill was on sale and met with others “discussing the possibilities of the mill as an arts and crafts center where studios could be rented and exhibitions and salesrooms maintained. . . I believe, if properly managed, (this enterprise) could be a success.”

In 1952, it was put up for sale by the owner and miller, Joseph Kreidel. The idea for the museum and much of the building’s $10,000 purchase price came from James R. Marsh of Pittstown, who wrote a prospectus for the museum. In March 1953, the mill was dismantled, and work began to convert the building into a museum.

Throughout its early years, the Art Center (as it was then known) strove to maintain the building’s architectural integrity while making it a suitable space for the enjoyment of the visual and performing arts. On March 5, 1953, almost immediately after taking possession of the building, the first stage of renovations began: chutes and machinery were cleared from the first and second floors, cement floors were laid on the first floor, and plans were made for more substantial repairs. 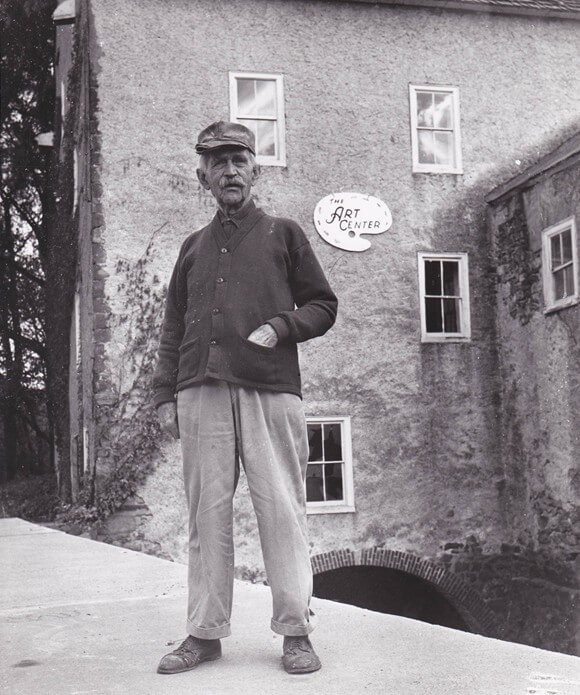 Architect William M. Hunt of Lambertville worked closely with the trustees to save as much of the mill’s historic character as possible. He drew up plans for the renovated spaces in 1953, including areas for a stage, kitchen, stairway, and public amenities. Under the presidency of Otto Siegmund, who assumed leadership of the trustees after James R. Marsh’s death in 1966, important changes were instituted at the Art Center. A grant from the New Jersey State Council on the Arts made it possible for the center to hire its first executive director, Ann Douglass, in 1970. A new board committee for special exhibitions was organized, including ceramic artist Toshiko Takaezu, whose work was seminal to 20th-century ceramics, illustrator Gertrude Espencheid, and illustrator and artist Katharine Trubek. The Special Exhibitions Committee organized at least two shows a year. Among the exhibitions were solo shows of the works of Lenore Tawney (1970), Tetsuro Sawada (1971), Sergio Campos Mello (1971), Hedda Sterne (1973), and John Vickery (1974). 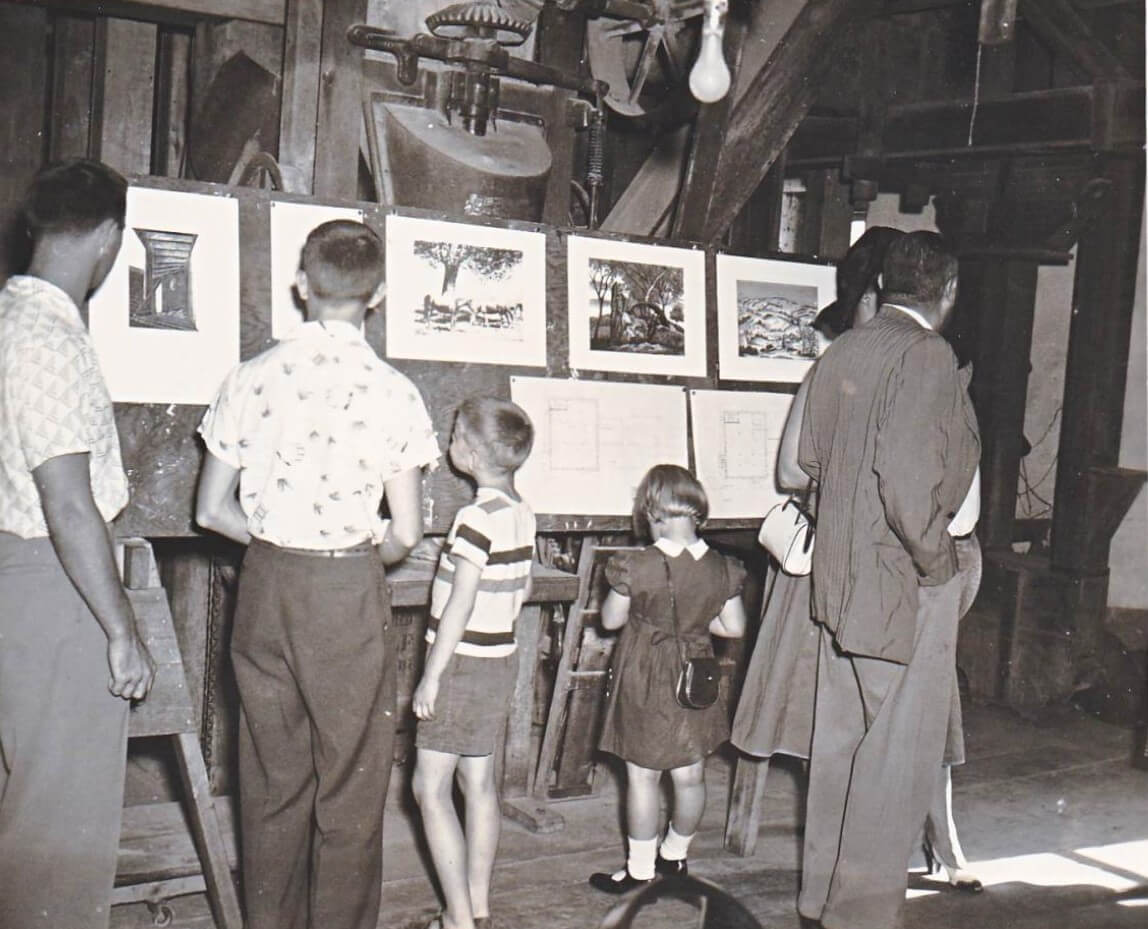 The 1980s saw expansion in the Art Center’s programming and sustained financial support. For the first time, a full-time director oversaw all the activities of the center. More classes were offered, and educational outreach to the schools became a priority. The building underwent its most extensive renovations during this period. Beyond the extensive waterproofing and repair to the building’s foundation, plans were drawn for the redesign of the interior to allow for an elevator to make the building accessible to handicapped visitors, secure gallery spaces with improved climate control and security systems, three new studios on the fourth floor designated for adult and children’s classes, and storage space for the ever-growing permanent collection.

Additional exhibition space on the third floor was devoted to another new program for much of the year: the Young Artist’s Showcase. This program continues to allow area students to exhibit their talents. With new studios on the fourth floor, the education program flourished, and children and adults came to attend a wide variety of classes. Nationally known local artists were featured in exhibitions, including Clarence Carter, Adolf Konrad, Carol Rosen, and in 1998 Toshiko Takaezo.Toshiko Takaezu: At Home was installed throughout three floors of the museum and included one of her beautiful bronze bells on the patio outside. It was a tribute to her accomplishments as an artist and an appreciation of her many years of involvement in the community and at the museum. 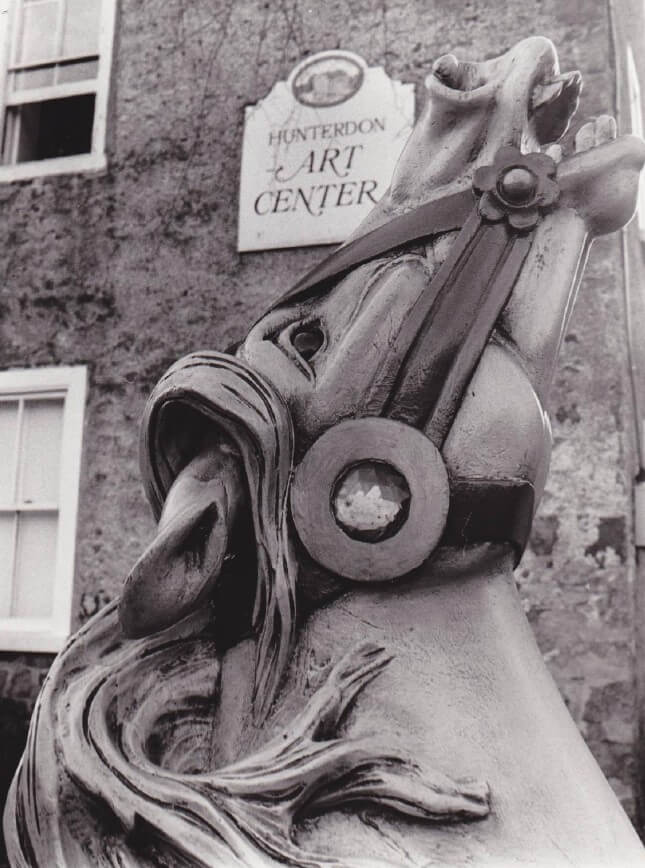 In the twenty-first century, the Hunterdon Art Museum continues to produce programs of excellence, expand its educational mission, and bring nationally and locally significant artists to the attention of our visitors. The museum now offers hundreds of classes and workshops annually for children and adults and provides an artist-in-residence program to area schools. A tagline, “center for art, craft & design,” was developed to express the museum’s unique focus on those areas and their intersection. 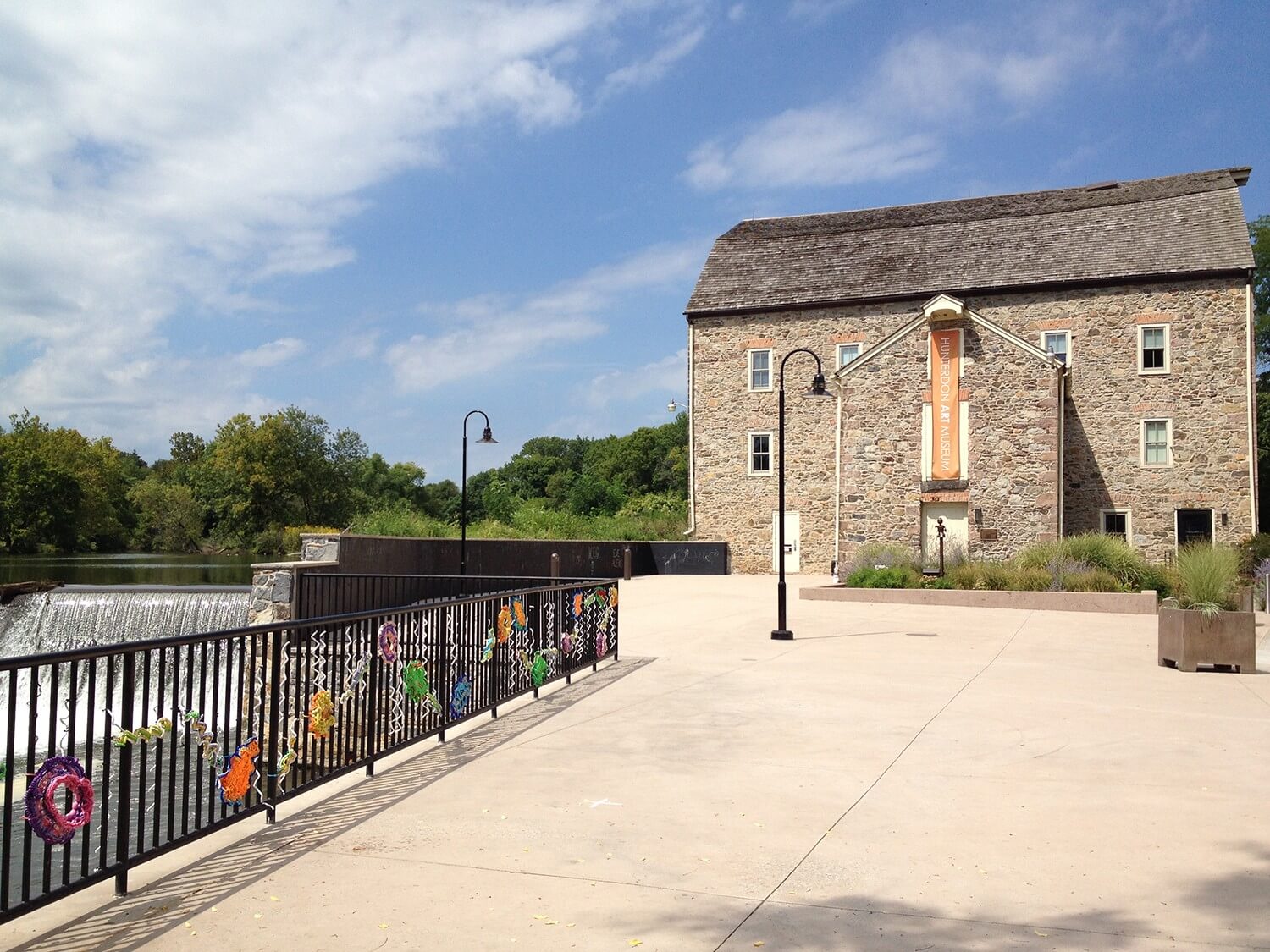