“The in-depth study of a broad range of international and national historical textile traditions has influenced my artwork. Knowledge gained from these histories, techniques, and art forms has equipped me to explore and utilize various woven and non-woven structures. The taut canvas traditionally used by painters becomes a tension device to stretch threads like warp yarns on a loom. I further create a moment of mesmerizing focus by using a mathematical system to organize various thicknesses of lines and colors that result in unique two-dimensional patterns or three-dimensional forms. Unexpected optical color mixtures create rich hues and draw the viewer in for closer inspection. Like the work, the process is repetitive, and at times, meditative.” ~Amie Adelman 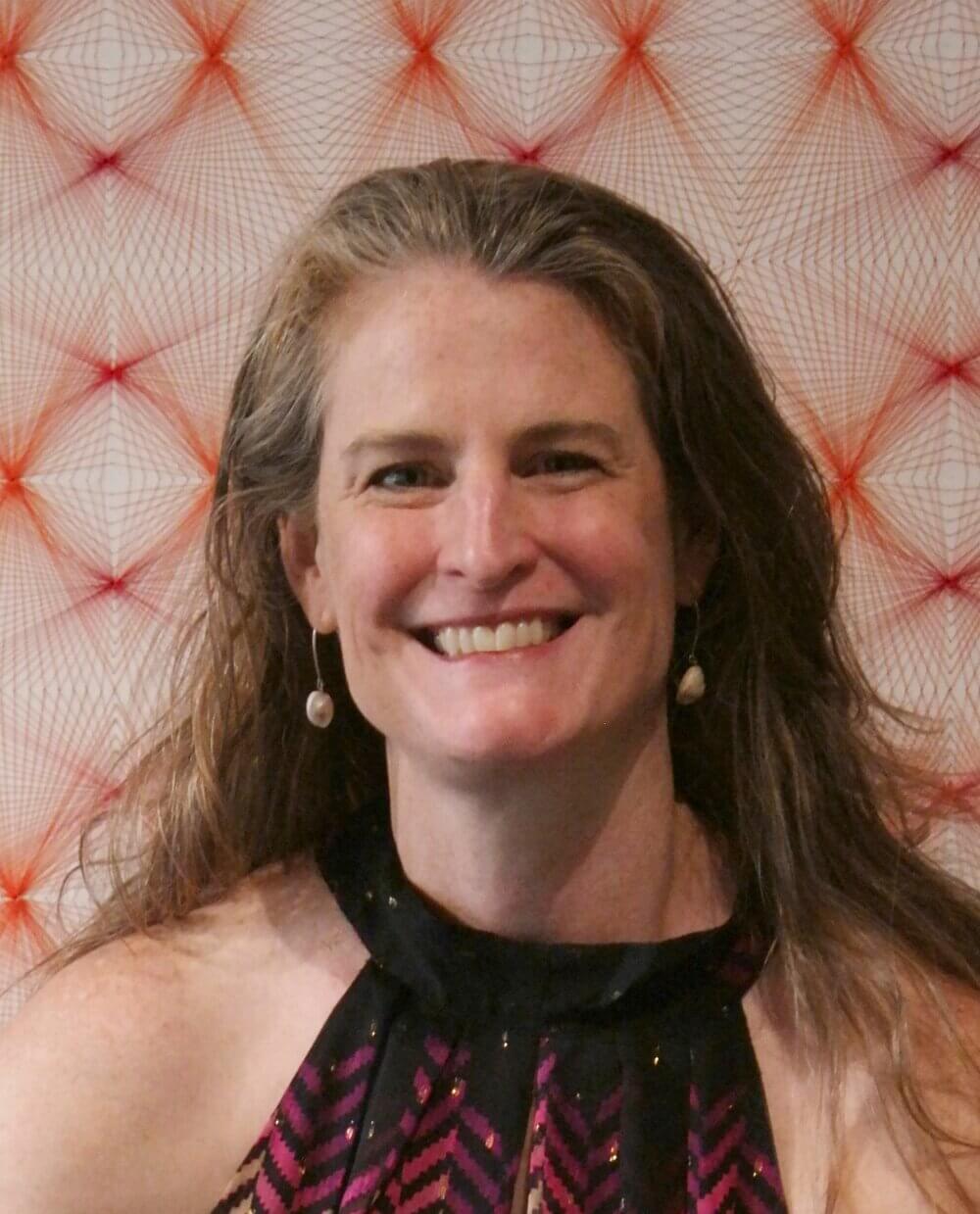 Amie Adelman is a Professor in the College of Visual Arts and Design at the University of North Texas in Denton. She received an MFA with a concentration in fibers from the University of Kansas and a BFA with a concentration in fibers from Arizona State University. Through numerous travel grants, Adelman has conducted textile research in Africa (Ghana, Lesotho, South Africa, Uganda), Europe (England, Ireland, Norway, Scotland), and South America (Guatemala).

Images of her artwork appear in numerous books, Amore E Scelta by Caprile, Luciano; Dyeing and Screen-Printing on Textiles by Joanna Kinnersly-Taylor; and Fiberarts Design Book Six edited by Nancy Orban and journals, American Craft; Fiberarts; Fiber Arts Now; and Surface Design. Adelman exhibits artwork nationally and internationally and has participated in artist-in-residency programs at Lakkos Artist Residency in Heraklion, Crete (2018), Gullkistan Residency for Creative People in Laugarvatn, Iceland (2014), and Arrowmont School of Arts and Crafts, Gatlinburg, Tennessee (1998-99). She is currently serving on the Board of Directors of the National Basketry Organization.