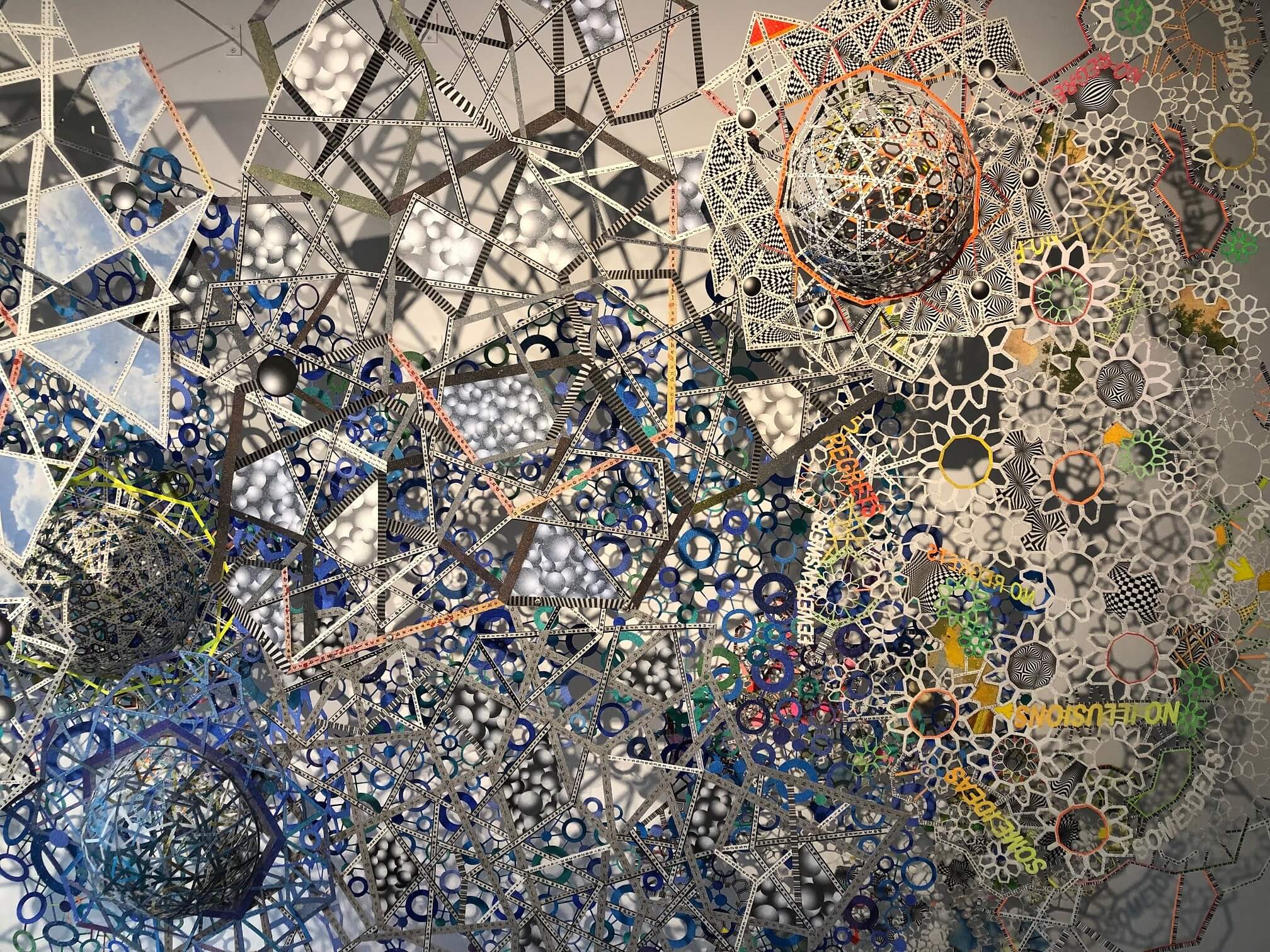 In a new exhibition at the Hunterdon Art Museum, eight artists will show how the boundaries between paper and drawing, textiles, painting, architecture and sculpture are dissolving.

Exhibition curator Carol Eckert notes that paper traditionally has been used as a ground: its flat surface a conduit to convey meaning by applying ink or pigment. But these works alter that: the physicality of the paper itself becomes the means to transmit the content, its dimensional forms capturing light and reflection and reconfiguring space, Eckert said.

“The artists transform a simple and available material by cutting, weaving, folding, shredding, tearing, twisting, gluing, and sewing — creating multifaceted structures and intricate physical drawings,” Eckert said. “Blurring the lines between traditional disciplines, these artists create works that are often mutable in the ways they interact with particular spaces, energizing and influencing the environments in which they are installed.”

Light and reflection play critical roles in several of these works. For instance, Laura Vandenburgh’s For Now Clouds, is a large wall piece in which hand-cut paper becomes the drawing itself, and reflected color from the backside of the drawing is incorporated into the composition.

Several artists respond to the environment through the use of repurposed papers. Nenna Okore focuses on transformation and regeneration though the use of old newspapers and magazine pages, her processes adapted from or inspired by traditional women’s practice, the African environment, and recycled waste.

Some of the artists utilize the structural properties of paper to reference infrastructure and architectural systems, others incorporate allusions to mathematical data. Still others evoke textile processes with a sensitivity to texture, pattern, color and repetition.

Eckert said one factor she considered when putting this show together was seeking work that interacted with the Museum’s space, so the exhibition includes floor and wall works, and elements that hang from the ceiling.

Please consider making a tax-deductible donation so that we may continue being a place to connect people to contemporary art, craft, and design in ways that educate, challenge, and inspire.