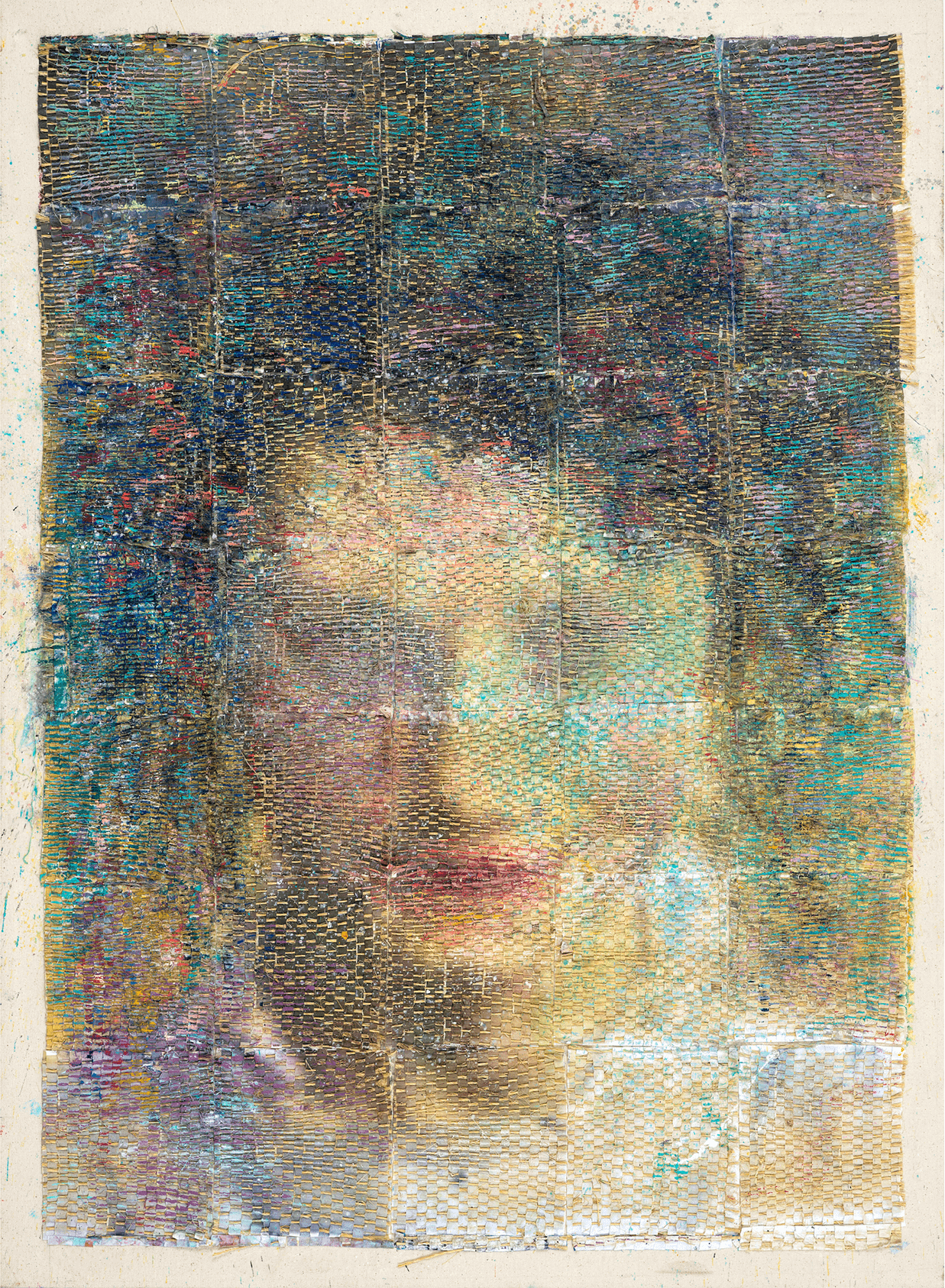 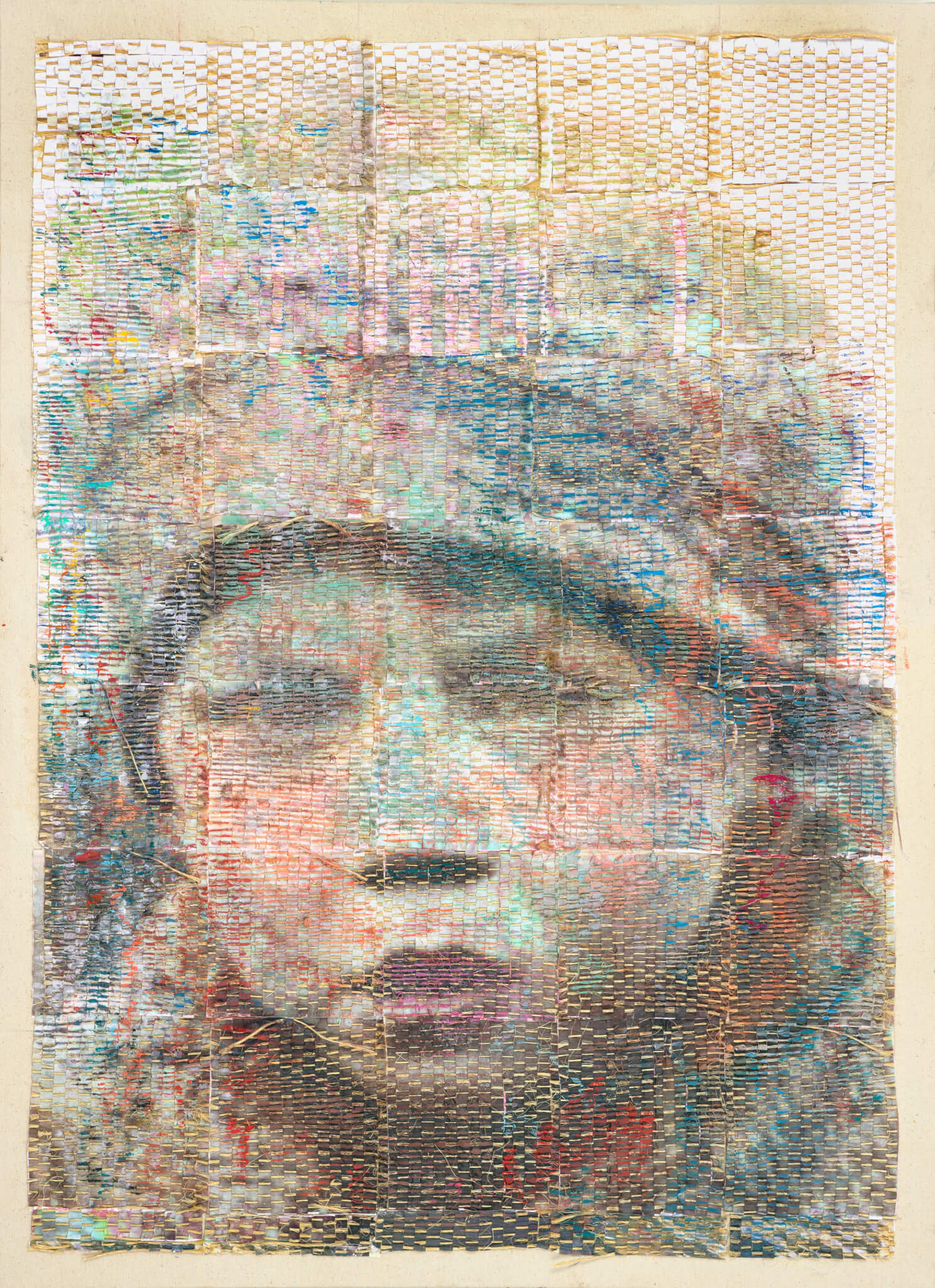 “My paintings of vague faces, taken from old snapshots, and made by weaving printed paper and jute into small squares that, when assembled into a grid on canvas, form the total image. Oil pastel, ink, and paint are rubbed or splattered onto the surface, further obscuring the subject and emphasizing the heavily textured physical properties of the object. The faces appear to be fading into the rugged surface, or perhaps emerging from it, and the identity of the subject is absorbed into the materiality. Open-ended questions about transience and the nature of being – of identity, mortality and time – are intrinsic to my work, and are posed as material in the form of a face – the original self – emerging in a sea of open possibilities.” – Hetty Baiz

Hetty Baiz is a visual artist who works in mixed media.  She has shown her work in numerous solo and group exhibitions both nationally and internationally including the International Women Artists Biennale in Incheon, South Korea and Princeton University where her solo exhibit was featured in conjunction with a symposium led by ethicist Peter Singer.

Baiz has taken part in collaborative art projects in China, Tibet, Dubai, Australia and France. She is a featured exhibiting artist with Artworks for Freedom, a global initiative that uses art to raise awareness about human trafficking.

In addition to her studio practice, Baiz has taught creativity and community building workshops at Princeton University, Syracuse University and Rutgers University. From 2010 to 2016 she served as artist-in-residence and art instructor with an NGO that supports underserved women in the informal settlements outside of Cape Town, South Africa.

Baiz received a BFA from Cornell University, an MBA from Columbia University and was awarded a fellowship to the Skowhegan School of Painting and Sculpture. Baiz maintains studios in Princeton, N.J. and Lake Carey, Pa.