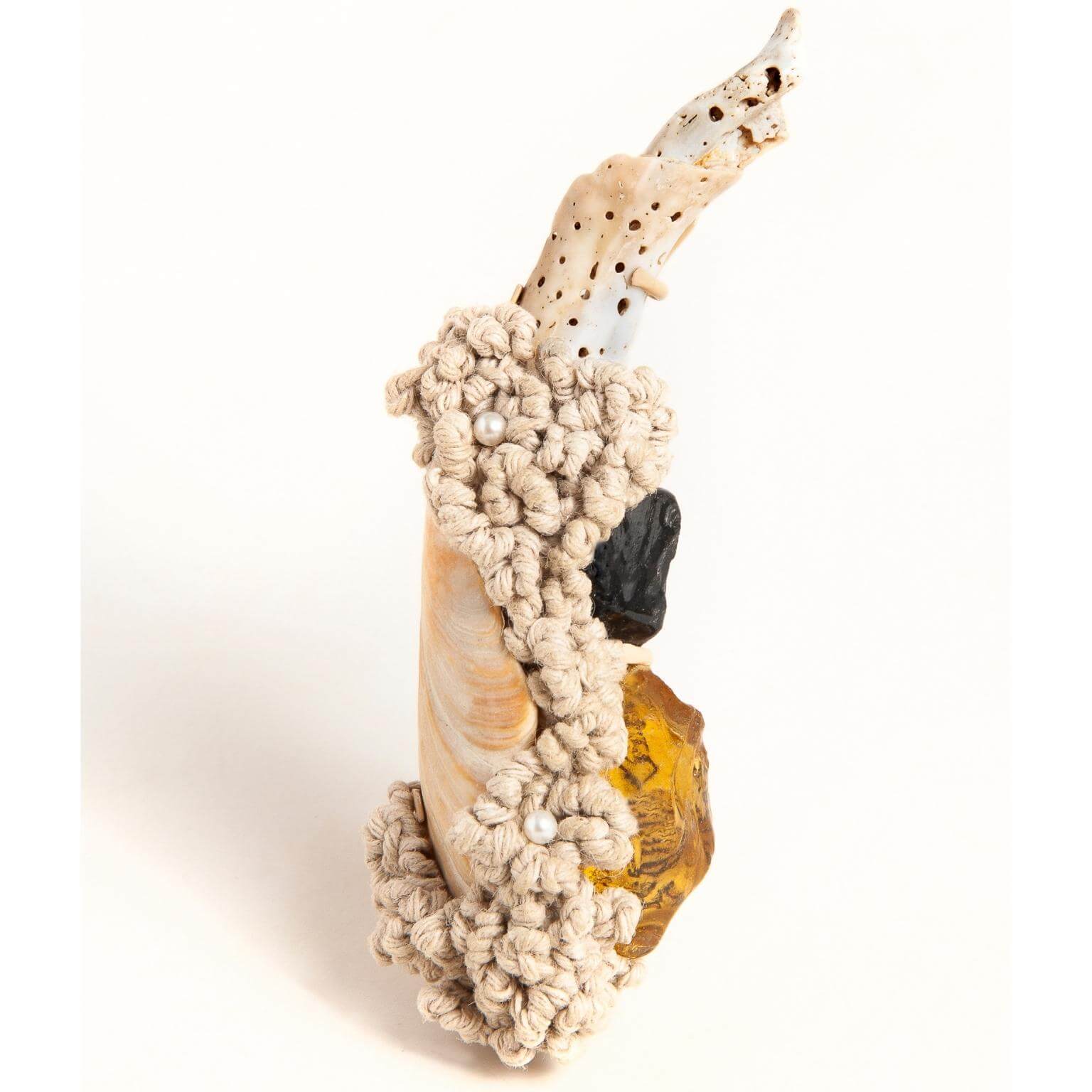 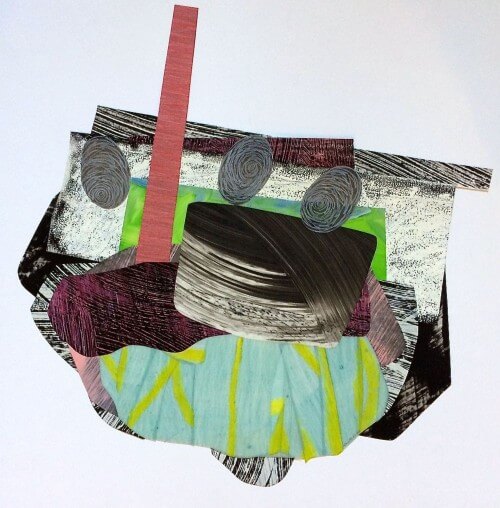 “Thea Clark: Do/Undo” showcases the earliest and most recent of Thea Clark’s jewelry work covering a ten-year period on the theme of conflict between nature and the built environment due to accelerating climate change. The show will be on view until March 6, 2022.

Clark has been preoccupied with environmental issues her entire life. Her pendants, brooches, and necklaces incorporate domestic and found objects that often reflect her concerns. Isobar maps, anthracite coal, acoustic tile, and asphalt shingle are a few of the materials she has incorporated into the jewelry on display at the Museum.

“I’m attracted to materials that evoke a sense of location or resonance, such as clothes or household textiles, which serve as stand-ins for people. Because of our actions, found objects are converted into useful items. When they’re thrown away, they’ve lost all meaning. We remove their worthlessness by recognizing their potential when they are found or discovered. Found artifacts take on a new significance when they are further examined. Our connection with the planet may be described as ‘Do/Undo,’” Clark says.

She ponders and speculates on the disharmony vs balance between the natural world, mankind, and the constructed environment. As a means of personalizing the global predicament, she creates art. Thea believes that people must first feel before they can take action, and she hopes her art will inspire others to do the same.

“Malcolm Mobutu Smith: Evermore Nevermore” includes ceramic work inspired by concerns, fears, and uncertainties from ongoing social-political frictions. It is the continuation of a series that started more than a decade ago with the inauguration of our nation’s first Black president. According to Smith, this accomplishment peeled back the thin veil hiding the hate pulsing and seething through our country. The show will be on view until April 17, 2022.

“‘Evermore Nevermore’ offers deadpan, sardonic totems as reflections of a festering hate-filled past to a confused and unrepentant present. At times the work presents a sarcastic specter holding up despicable representations to us, like a visual version of nails on a chalkboard. Yet weirdly they may also act as hopeful monuments sparking ideas for change, rather than not-so-forgotten uglinesses still boiling in the psyche of our culture and its people,” says Smith.

In this exhibition, “Making Strides,” a two-sided stoneware piece, addresses the double-sided reflection on Western Society’s respect and disdain for Black people. It appears to be a modern art abstraction based on an African vessel from one angle. The other side of this piece reveals the character Little Eight Ball, a 1940s cartoon character from comic books which is the dehumanized black child meant to be comic relief.

Roxey Ballet Company and Smith are in the earliest stages of a possible collaboration, a live performance inspired by Smith’s work to take place shortly before the closing of the show in April 2022 on the Museum’s terrace. More information will be made available on the Museum’s website as the event takes shape.

“Forms Follow Function: The Art of Nanette Carter” features work from two of the artist’s series, “Cantilevered” and “The Weight.”  Carter refers to herself as a chronicler of our time, taking intangible ideas around contemporary issues and finding a way to present them in an abstract vocabulary of form, line, color, and texture. The show will be on view until April 17, 2022.

Carter’s Cantilevered series adopts an architectural term that refers to horizontal structures supported at only one end. Precariously balanced, they suggest the uncertainty and instability of twenty-first-century lives.

Work from Carter’s series, “The Weight,” pays homage to the mysteries of nature, human nature, and the contemporary burdens we bear in the 21st century.

Programs are made possible in part by funds from the New Jersey State Council on the Arts, a partner agency of the National Endowment for the Arts; The Geraldine R. Dodge Foundation; New Jersey Arts and Culture Recovery Fund; Hunterdon County Board of County Commissioners, through funds administered by the Cultural & Heritage Commission; Hyde and Watson Foundation; Investors Foundation; The Large Foundation, along with other corporations, foundations and individuals.

The Hunterdon Art Museum presents changing exhibitions of contemporary art, craft, and design in a 19th century stone mill that is on the National Register of Historic Places.  Founded in 1952, the Museum is a landmark regional art center showcasing works by established and emerging contemporary artists. It also offers a dynamic schedule of art classes and workshops for children and adults.