Click and drag your mouse in different directions to navigate the virtual tour. Click each icon for more information.

We are pleased to announce that Lewis Wexler, juror of our 2022 Members Exhibition, has selected Aleksandar Popovic as the winner of the Member Highlight solo exhibition 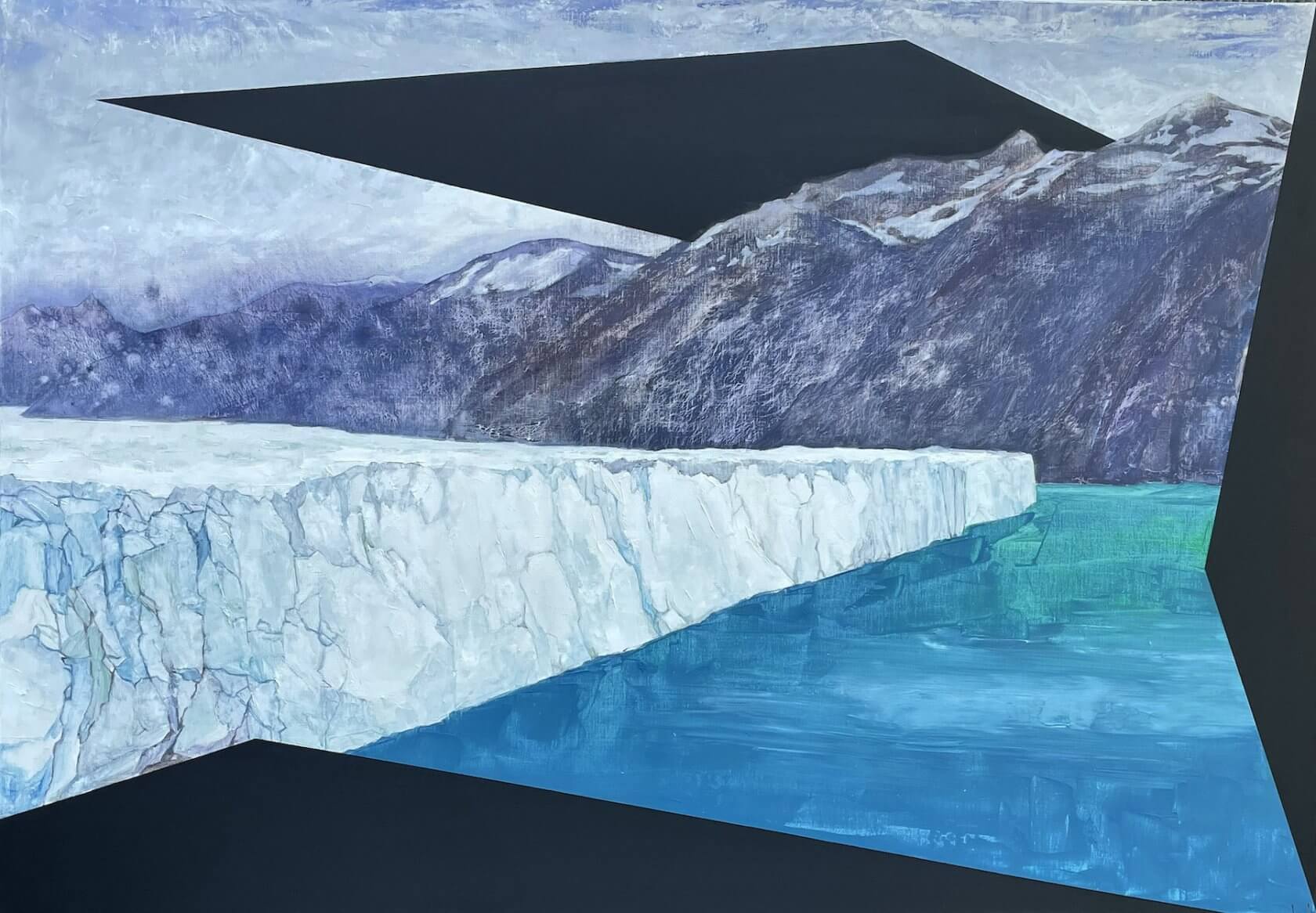 Popovic’s Endangered Land IX is a part of his larger Endangered Land series, one of his three most recent bodies of work dealing with the general recognition that some irrevocable events in the future may change the face of our planet, leading to different conditions in which we populate physical and geographical spaces.

“This work reflects, on a more general level, the necessity of a global collaborative project for human survival and coexistence. It opens important questions: What are our hopes as we emerge on the other side after a passage through a turbulent time? How do we rebuild a new environment and reconnect with each other? What will the new landscapes in this future world look like?” ~Aleksandar Popovic

Aleksandar Popovic is a painter who employs different methods of drawing and paint application to render arresting images that are grouped in a few separate bodies of work. During various periods he has pursued an interest in the figure and explored how it interacts with the space around it. This is evident in his early work, during his years spent in the Former Yugoslavia. After being awarded a Fulbright Scholarship and moving to New York, his paintings focused on the observational nature of the figure.

Popovic has exhibited in numerous one person and group shows including Kips Gallery, New Renaissance Gallery and Synchronicity Space in New York City, Alexandria Museum of Art, Louisiana, Stephaneum Institute in Serbia, Limlip Museum, Gongju Korea and St.Martin’s School of Art in London.  He received Arthur Ross Award for mural painting in 2003, a Charles G. Shaw Memorial Award for Painting in1991, a J. William Fulbright Award in 1988, a British Council Award in 1982 and a Petar Lubarda Award for Painting in 1981. 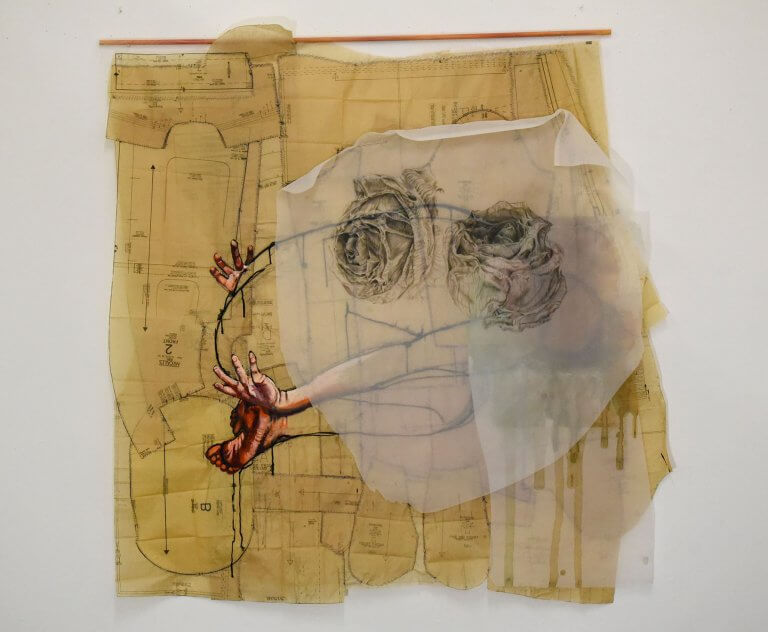 “My Art during COVID began to shift inward. I began to work on found materials. I discovered old upholstery patterns my Mom had used during my youth when she started an upholstery business to help make ends meet. With a new observation on memory and how one experiences them joined with recycled materials that were personal, I began a new series.” ~Christine Sauerteig-Pilaar.

Christine Sauerteig-Pilaar is a contemporary artist living and working in New Jersey. Her compelling and emotional artworks look to speak to the primitive side of the human existence and how that relates to modern day life. Christine focuses on the female form as her muse, mostly conjured from self-portraits, where she utilizes her body to manipulate feelings of a quiet rage within women in the more domestic interiors of lives not usually viewed as remarkable or unique. She works to search out the uniting thread of feminism in the dark spaces of suburban life, and looks to thrust the spotlight on the unsaid struggles and betrayals of women in our current society.

Learn About This Year's Artists:

Back To Virtual Resources

Selections from the Collection