Walter Chandoha: A Lifetime of Photography 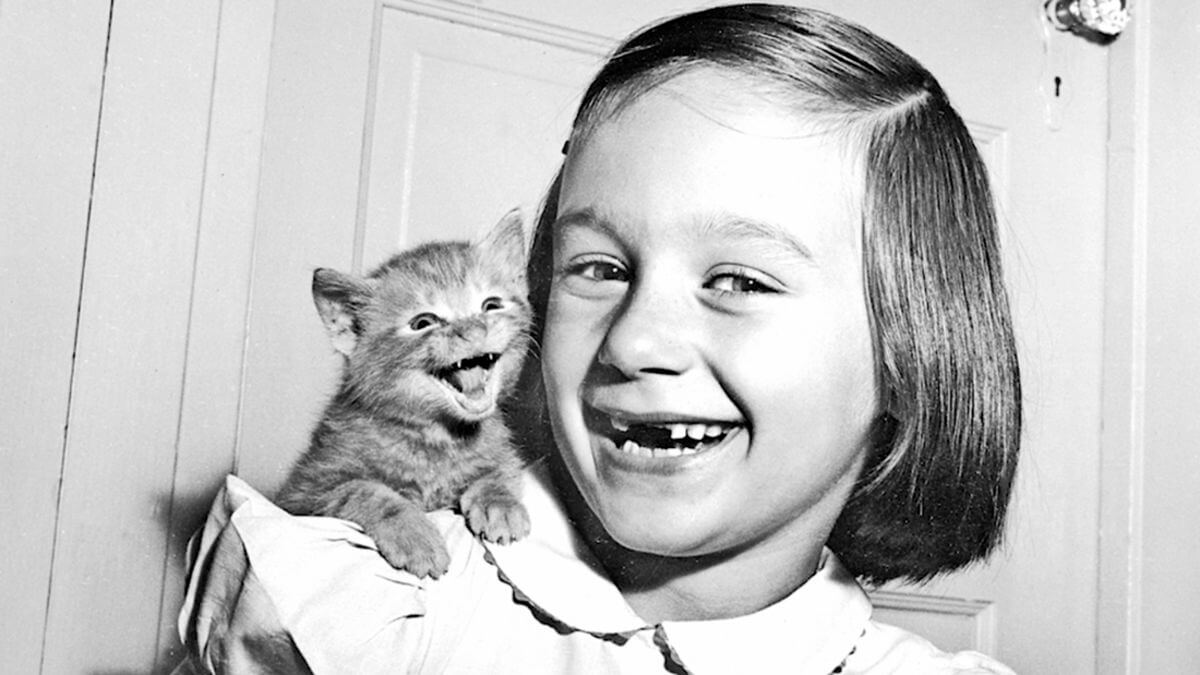 Walter Chandoha A Lifetime of Photography

The Hunterdon Art Museum focuses on the freelance photography of Walter Chandoha in a solo exhibition opening this fall. The exhibition, Walter Chandoha: A Lifetime of Photography, showcases his cat photography – taken long before the days of Instagram – his vibrant still lifes of vegetables and fruits, and his New York City candid images of the late 1940s and early 1950s.

In a storied career spanning seven decades, Chandoha is best known for capturing the personalities of thousands of cats and dogs, and he became the go-to person whenever a Madison Avenue advertising director needed the perfect eye-catching pet photo.

Chandoha’s photos have appeared in newspapers, magazines and trade journals around the world. He has authored numerous books, and at one time you could walk down the pet food aisle of any grocery store and more than half the cat and dog photos on the packaging were taken by Chandoha.

And it all began with a gray-haired kitten shivering in a snowy alleyway.

Even as a youngster, Chandoha was captivated with photography. His family owned a folding Kodak camera with a 45-degree angle viewfinder. “You couldn’t see your subject, but you could guess,” Chandoha said.

To learn more about photography he joined a camera club in his Bayonne hometown. In their darkrooms, experienced club members helped him hone his photo lab skills. And in those pre-digital days, darkroom expertise was mandatory for aspiring photographers.

Additionally, visiting lecturers at the clubs meetings, who spoke on a wide range of photography subjects, which also helped Chandoha learn more about this complex subject.

A year after high school, his photography impressed Leon de Vos, a top-notch photo illustrator in Manhattan, who offered him a job at $12 a week as an assistant. While there, Chandoha honed his talents, learning through osmosis his signature style of using strong backlighting in his images.

After serving as a combat photographer during World War II, on various Pacific Islands: Borneo, New Guinea, Leyte and Luzon in the Philippines.  Chandoha became a “subway scholar,” studying marketing at NYU while commuting home daily in Astoria NY.

One late winter’s evening, Walter was trudging to his three-room apartment through city snow when he spotted a kitten huddled in an alley. He cradled the shivering feline, slipped him into his army mackinaw, and carried him home to Queens for a meal and as a present for his wife, Maria, who was pregnant with their first child. Around 11 o’clock that night, the kitten charged around each room in the apartment like a demon possessed, astonishing Walter and Maria.

“That cat is loco!” Maria exclaimed. The name stuck.

Loco helped change the course of Walter’s photography career. One day, Loco sauntered past a mirror placed on the floor during some house cleaning, and upon seeing his handsome reflection, began acting, well, loco. He picked a fight with his doppelganger. Walter urged Maria to cover the mirror with a blanket and ran off to fetch his camera. The black-and-white images he captured became a winner and wound up published in newspapers and magazines around the world, Chandoha said. First in This Week in the U.S., then in  Picture Post in England, Oggi in Italy and also in picture magazines in France and Germany.

These magazines were hugely popular. The couple believed their ship had finally come in.

“I thought we had it made,” Chandoha said. “But you know, we didn’t get another big assignment for a year.”

The idea of using a cat for an ad led to Chandoha receiving a phone call. He photographed a cat and, with another photographer employing a little 1950s-era image-enhancing to add a floppy hat and cigarette holder, the famous “I Found Out About Joan” Orbach’s ad was conceived.

Running With ‘The Mob’ 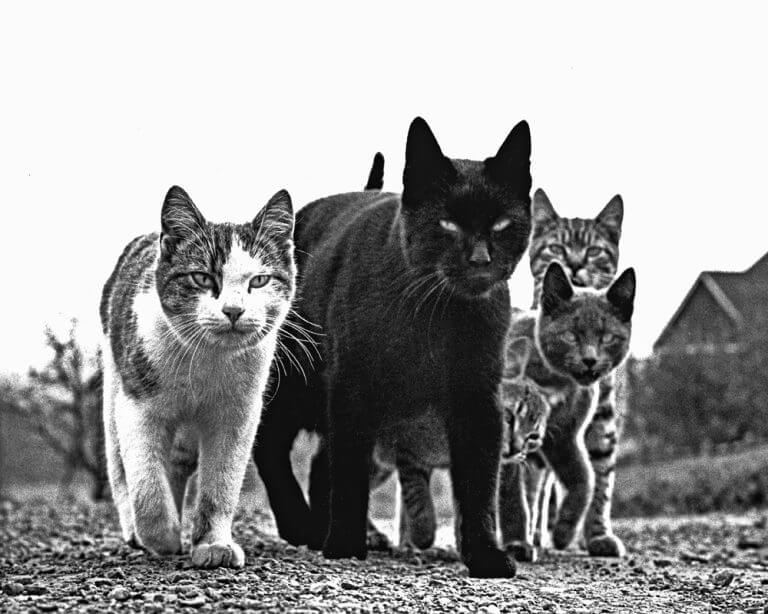 One of Chandoha’s most celebrated photos, The Mob, is featured in the exhibition. At one time, quite a few cats called the Chandoha’s Annandale farm home. They even had a pooch named Kitty Dog, making it easier to call everyone for dinner.

Because he often fed them, the cats developed the habit of following Chandoha. (No surprise there!) One day, while walking down the road with his camera, a gang of cats began tailing him. He dropped on his stomach in the road and took an iconic image of five determined cats ambling toward the camera.

Chandoha has captured animals in an amazing array of moods and expressions. He credits his wife Maria, who passed away in 1992, as the key to his success working with animals. His daughter Chiara has taken over the role as his assistant, and is a talented freelance photographer too and a stringer for the Bucks County Herald newspaper in Lahaska, Pa.

Not Your Garden Variety Photographer

Shortly after moving to Annandale, Chandoha became interested in gardening. When you’re working freelance and have a growing family, you always want to make sure you can put food on the table, Chandoha said.

Soon, Chandoha was photographing his bounty, creating colorful and vibrant images of vegetables that soon wound up on the glossy pages of magazines. In 1989, he became the official photographer of the Philadelphia Flower Show, and a few years later was honored with an appointment as a Fellow of the Garden Writers Association of America. Chandoha was elected to the Garden Writers Association Hall of Fame in 2007.

A number of Chandoha’s still lifes of edibles — grown in his extensive gardens specifically to have flawless specimens for photographs — will be included in the exhibition.

Also featured are several black-and-white images of New York City. While attending classes at NYU, Chandoha enjoyed wandering about New York City between classes with his Rollieflex camera shooting whatever caught his eye. Those images offer a fascinating look at a bustling city teeming with life and energy.

Also, just days before the exhibition’s opening Aperture is re-releasing Chandoha’s book Walter Chandoha: The Cat Photographer. It will be available for purchase at the Museum.

HAM is giving a free signed poster of Chandoha’s famous photo of five kittens to the first 40 new or renewed Museum members during the run of this exhibition.