Kay Kenny: A Poetic Tribute to the Rural Night 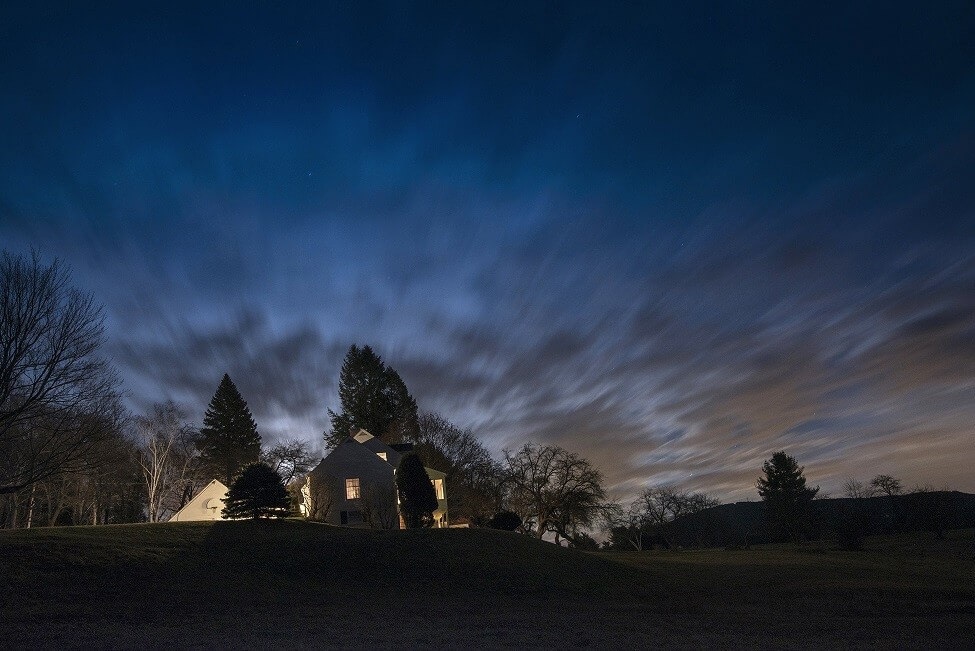 Kay Kenny A Poetic Tribute to the Rural Night

Kay Kenny has enjoyed a busy career as a photographer, teacher, painter, and critical writer of visual arts. She has curated several exhibitions and her work can be found in an array of corporate, museum and private collections.

And it all began with a class at the Hunterdon Art Museum.

Kenny was eight years old when she won a scholarship to HAM. She’d climb aboard a bus in Flemington for the trip to the charming stone mill on Lower Center Street where she’d learn from Anne Marsh, a highly regarded painter and a founder of the Museum.

“I was ecstatic: traveling on my own, learning from a master, absorbing each moment until I thought I would burst. I decided from then on ‘I will be an artist!’,” Kenny said.

Kenny will return to HAM as an artist with her own solo exhibition showcasing her outdoor photography. Kay Kenny: A Poetic Tribute to the Rural Night, which runs until April 28.

Her work is a celebration of the rural night landscape; a poetic tribute to the wild imaginings and the nightmares and dreams inherent in the lonely darkened corners of the world. Kenny’s long exposures – some for up to one hour – capture the intense activity of the night sky through the passage of time; the silhouettes of the darkened landscape serve as backdrops for the selected foreground illumination.

“My images are reflections the dreams and fears that are inherent in the quiet darkness of a rural landscape,” Kenny said. “Despite my efforts to create these images, however, there is always the risk of the unexpected consequences of weather and creatures. It seems like magic when I do succeed!”

A great deal of preparation goes into Kenny’s work. She spends hours scouting various locations, thinking of direction in space, moonrise tables and dewpoints – anything that could affect her images. She considers whether she wants star trails in her photos and how easy – or difficult – it will be to access a place when its dark. While she walks around lighting her images in front of the camera, she must decide whether she wants to be seen. If not, she dresses in black.

Finally, after all this preparation, one more crucial factor remains. “I must remember where my tripod is and where the camera is facing,” she exclaims.

Alone in the dark, in the middle of nowhere, Kenny patiently waits. The images take over.

“I am very aware of creatures watching me and I try to warn them of my presence — sometimes I sing very loudly if I think there is something large lurking nearby — but I am never afraid,” Kenny said. “Photographing New York City at night alone is something I would never do.”

But not being afraid doesn’t mean there aren’t dangers, of course.

“Photographing sheep was probably the riskiest experience I’ve tried in this work,” Kenny said. “The farmer gave me permission and warned me to watch my back — rams can be rambunctious — but I needed to spend at least a week with them before they would feel comfortable with me and my camera.”

Kenny hopes her photographs will encourage others to rediscover the night sky.

“One of the saddest things I’ve learned in studying the darkness is how many people have not really seen the night sky,” Kenny said. “Light pollution is more destructive than just the loss of the stars, but seeing them again is a powerful reminder of what we’ve lost in our cities and suburb.”

Kenny has taught photography teacher for more than 20 years at New York University, and the International Center of Photography in New York City. She earned an MA from Rutgers University and an MFA from Syracuse University in visual arts. A former Hunterdon County resident, Kenny has studios in South Orange, New Jersey and Saugerties, New York.