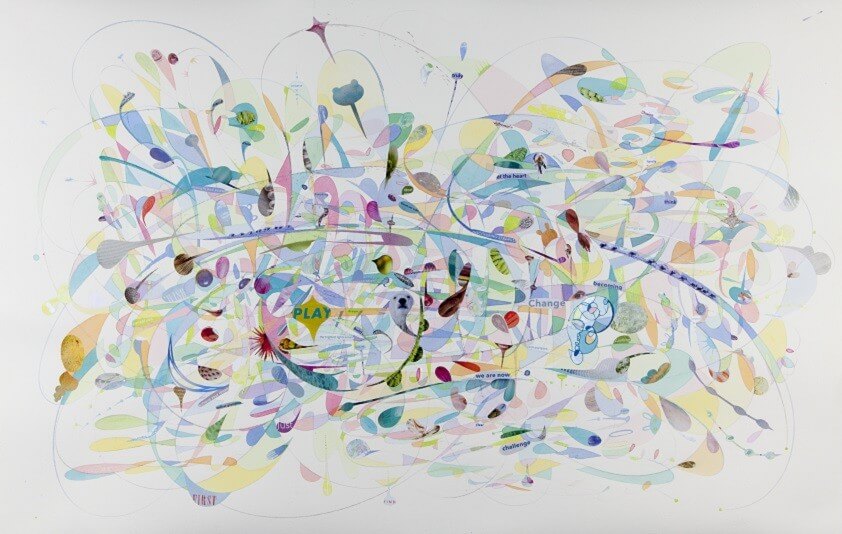 The majority of jewelry pieces in the show come from Lee’s personal collection. They include items she has held onto since she started making jewelry up to her most recent body of work, The Primitive Series.

“The pieces I’ve kept over the years are either the beginning of a series – the inspiration piece – or something I just loved and didn’t want to sell,” Lee said. “In one piece, I used so many of my different techniques that I kept it . . . for my children to have. Another is the first serious piece of jewelry I ever made. I was still in college and working in a jewelry store during the summer where I was sometimes given some time to work on whatever I wanted.”

Viewers can check out these and other pieces in her solo exhibition, Holly Lee: A Jeweler’s Journey, which opens at HAM on Sunday, Sept. 22 from 2 to 4 p.m. with a reception that everyone is welcome to attend.

Another item in the show, titled The Dancer, could be called a happy accident, the result of an unintended collaboration with her husband, ceramic artist Cliff Lee, who also has a solo show running concurrently at the Museum.

“I broke one of his bowls,” she says. “I picked up the shard and because the glaze was so pretty I set it on my work bench for a while. I had a piece of jewelry sitting there too that I didn’t like, and I took it apart. All these pieces were sitting on my work bench, and one day I realized that they went really well together.”

Lee rarely sketches out a creation in advance. She’ll spread out various beads and stones from the enormous collection she’s amassed through the years to get a feel for what she thinks will play well together. Then she starts working. While she’ll have an idea where she wants to go with a creation, Lee is attuned to subtle changes during the process, allowing the pieces to take its own form and direction.

One signature motif in Lee’s work are the tiny drilled holes in a number of her hollow pieces. Lee said the holes add texture to her work while allowing light to pass through the object. “I’ve always found that fascinating to have the light passing through space and coming out the other side,” she noted.

Lee began her artistic endeavors as a painter. She studied Chinese brush painting while a student at the Taipei American High School in Taiwan. She returned to her homeland, the United States, and attended Virginia Wesleyan University in Norfolk, where she studied under artist and educator Barclay Sheaks. After a while, she grew disenchanted working in a two-dimensional realm, and sought a three-dimensional outlet for her creativity.

“One day at a tennis tournament at James Madison University, I opened a door and there was a jewelry studio, and I said ‘Wow! That’s exactly what I am looking for.’ “

It was love at first sight.

She transferred to James Madison to study jewelry making, and while there met Cliff. They married in 1978, and they opened a gallery together in Arlington, and later in Georgetown. In the early 1990s, the couple moved to Stevens, Pa. in Lancaster County. The charming landscape proved inspiring for both artists.

Holly Lee was deeply influenced by her bucolic surroundings, and became drawn to the deep and sometimes mysterious colors of stones such as turquoise, moonstone, picture jasper, carnelian and jade, and warm-toned organic materials like golden amber or red copal became her palette.

“What this place did for me and my design work was just amazing,” she said. “It just opened up my creativity.”

Lee’s unique, handcrafted jewelry is in the permanent collections of the Fuller Craft Museum and the Mint Museum, and can be found in many private collections.

This exhibition is sponsored in part by Rago Auctions and the Lenore G. Tawney Foundation.