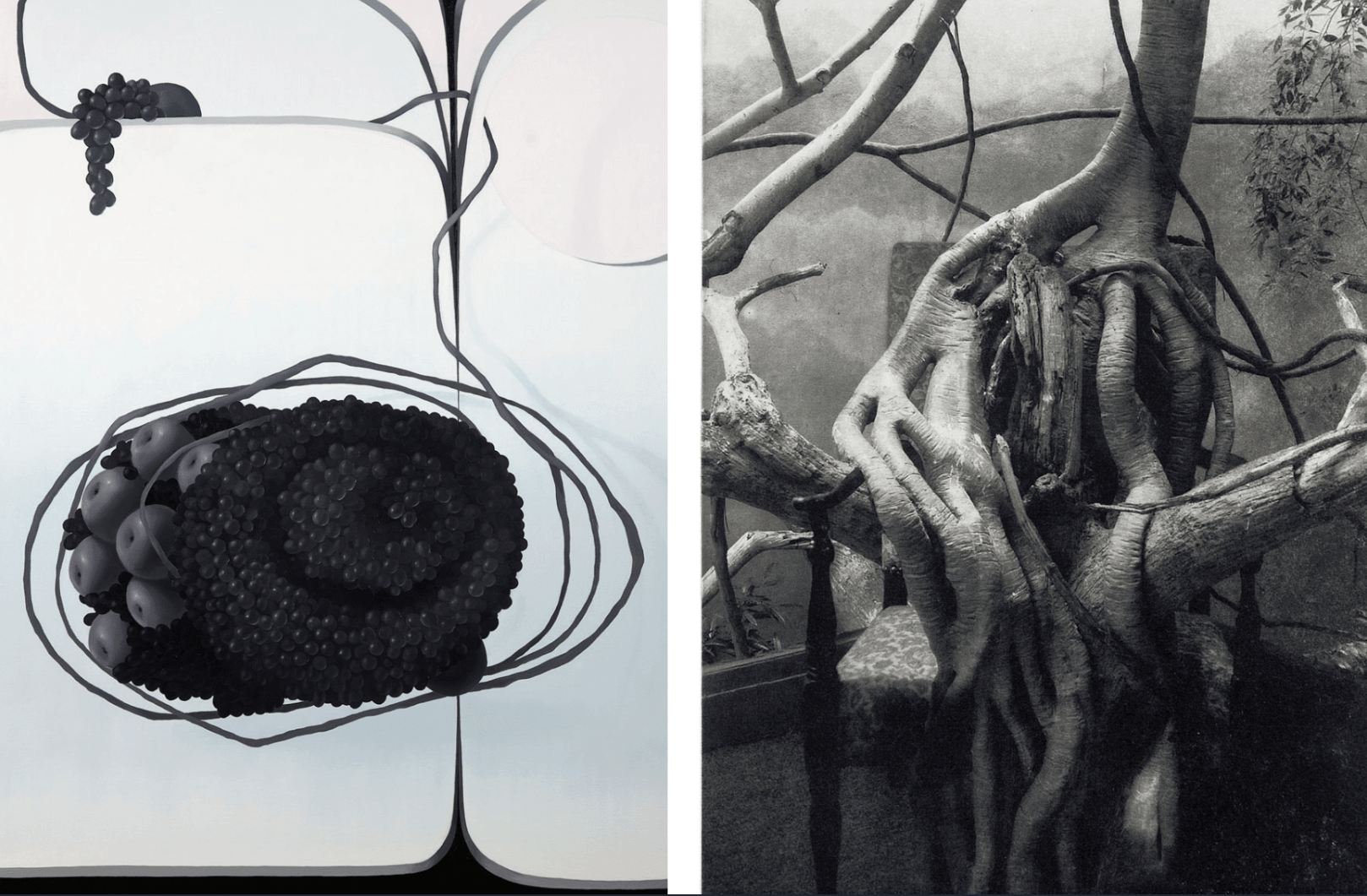 Skeptical Realism spotlights the paintings of Mia Brownell and the photography of Martin Kruck. The show’s opening will be celebrated at the Museum on Sunday, Sept. 22. A special reception, featuring gallery talks by the artists, will be held that day from 2 to 4 p.m.; everyone is welcome to attend.

The show’s title is derived from philosophical texts debating the truth and falsehood of things. The artwork of Brownell and Kruck are both visual meditations on perceptions of the artificial and real. Using still life (Brownell) and landscape (Kruck) these artists are reflecting on the current skepticism that has emerged in our political climate and culture by creating altered and ambiguous spaces.

Viewers can discern examples of this skepticism throughout the exhibition. For instance, Martin Kruck’s Habitorium series investigates the traditions of the romantic landscape using a 19th-century printing technique called photogravure. His work questions the truth of habitat and nature by combining images of natural and urban landscape elements with habitats built for zoos, urban parkland, and other urban public greenspaces, and compresses them into compartmentalized environments, Kruck noted.

Mia Brownell’s series Plate to Platelet simultaneously draws on scientific images of platelets (tiny blood cells shaped like plates) and the history of the painted food still life. She explores the realism of eating by recognizing the entanglement between the consumerist idealization of food with its biological engineering and the molecular strains that then interact with our bodies. The space she paints attempts to capture this paradoxical perspective, one that is equally rational and fantastical, material and in constant flux, Brownell said. She encourages viewers to consider this question: If we are what we eat, what are we becoming?

Even though they have been living together for 26 years, this is the first time the married couple is having their creations shown together in a two-person exhibition. This came about somewhat serendipitously.

HAM Executive Director Marjorie Frankel Nathanson and Ingrid Renard, who has curated a number of HAM exhibitions, visited Brownell’s studio to discuss exhibiting her work, when the artist invited them to view her husband’s photographs. The pair quickly noticed how Brownell’s paintings and Kruck’s photographs could be woven together into one intriguing show.

“It was a bit of a surprise to us, although it should not have been as we have been living together since 1993,” Brownell said. “Marjorie and Ingrid saw a conceptual and technical dialog between these two bodies of work.”

Brownell, who teaches painting and drawing in New Haven at Southern Connecticut State University, has had solo exhibitions in several major American cities including New York, Boston and Washington, D.C. Her paintings have been featured in more than 130 group exhibitions worldwide, and can be found in several private, corporate and public art collections.

Kruck’s work has been featured in 25 solo exhibitions and more than 100 group exhibitions internationally. A professor of art at New Jersey City University, Kruck has received numerous grants and artist fellowships including the American Academy in Rome, the National Endowment for the Arts, the New York State Council on the Arts and the Mid Atlantic Arts Foundation.